Is Saddam’s Clan Working to Establish an Opposition Party in Iraq? 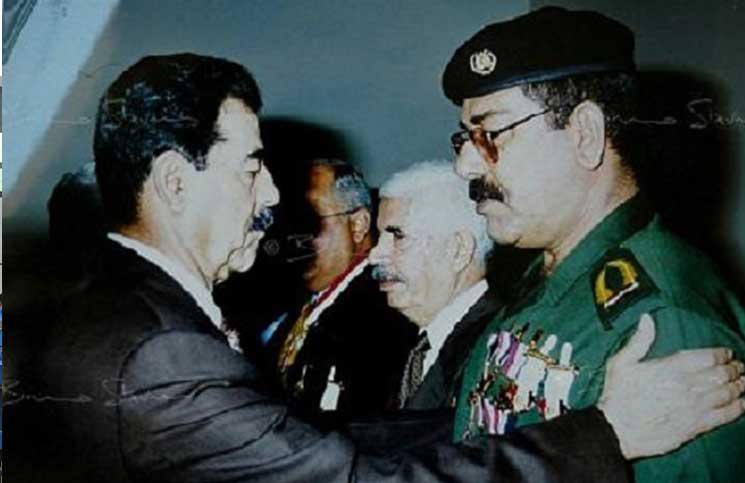 (By Osservatorio Mashrek) Ahmed Watban al-Hassan, son of the former Iraqi interior minister and Saddam Hussein’s half-brother, revealed that several members of his family are working together to form a party opposed to the Iraqi government in Baghdad. He also explained that most of the members are from the clans in the province of Salah al-Din and exceeded the hundreds. In an exclusive interview with the London-based newspaper al-Quds al-Arabi, he said that the initial name of this opposition movement will be “Ahrar al-Din”.

According to the source”many members of the families in  Salah al-Din and Nineveh expressed their willingness and desire to join the party, which is one of the most important goal to confront foreign domination of Iraq and work to establish a rule that preserves the unity of Iraq from sectarian militias and find solutions to the problem of displaced from the Sunni provinces” he stated.

“A large number of Iraqis have already joined to create this political party, whose leadership will operate from outside Iraq. They (the party’s leadership) contacted hundreds of tribal figures and activists inside Iraq, and gained the support of a large sector of them.”

“Saddam Hussein’s family has become the scapegoat of the Iraqi government for their failure to create security and stability in Iraq” Ahmed Watban said about the government’s terrorism list, which included the daughter of Iraqi President Raghad Saddam. “Every time they created an enemy; al Qaeda, Zarqawi, Baathists, and Saddamists. Now that the Islamic State’s threath has ended, they returned to accuse us of terrorism, without recognizing that they failed.”

The family of the late Iraqi president and his relatives is located between Jordan and Qatar. The Iraqi government seized most of their property in Iraq and prevented them from renewing passports under the de-Baathification law.