Hamas: from a revolutionary Islamic movement to an Israel proxy

Will be Hamas capable to stop any further escalation from Islamic Jihad without losing its aura of a resistance movement? 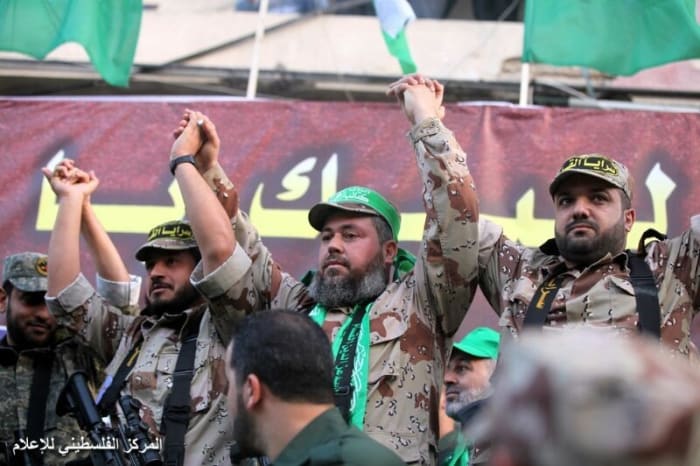 (By Osservatorio Mashrek)After the  killing in Gaza of the Islamic Jihad’s top commander Baha Abu Al-Atta, which lead to a limited military escalation between Israel and the militia, many wonder what will be Hamas’ next move.

The Palestinian movement sit in a very uncomfortable position after Islamic Jihad’s top commander assassination. Hamas, who rules Gaza since 2007, stated that Israel bears full responsibility for all consequences of this escalation” promising that Abu al-Ata’s death “will not go unpunished”.

However, the muffled reaction by Hamas’s leadership on the airstrike has sparked doubts about what will be the reaction.

It is not a secret that the jihadist Salafist organizations in the Strip are increasingly challenging Hamas, giving to the Palestinian group periodically headache. Since the murder of the Italian citizen Vittorio Arrigoni by the long-standing group Union and Jihad, Hamas has tried to stem the grip of Jihadist militias in Gaza. In the last years, Hamas’ has operated hundreds of raids against Islamic Jihad’s affiliates and sympathizers to keep these extremely unruly groups under control.

Israel eliminated Jihad’s commander because it was considered a “troublemaker”. Al-Ata was behind most of the rocket attacks against Israel, although the agreements. He championed the military resistance to differentiate himself from Hamas, which focus instead on economic improvement in the Strip.

Abu al-Ata was a target because he endangered the understanding between Israel and Hamas to keep the conflict within the red line and avoid any further escalations that could lead to an open war. The bottom line for Hamas is clear: avoid any open war with Israel and maintain the status quo in Gaza.

Hamas’ political achievements such as the improvement in the condition of Gaza’s population, the opening of Rafah crossing, the winning image within the Palestinian society against the weak Fatah, places Hamas in a delicate position. Will be Hamas capable to stop any further escalation from Islamic Jihad without losing its aura of a resistance movement? Either Hamas will cooperate with Israel or persecuted the Islamic Jihad in Gaza, it is time that the Islamic group rethink its image as a revolutionary political party.

By Osservatorio|2019-11-24T14:14:16+00:00November 24th, 2019|Categories: news|Tags: Gaza, Hamas, Islamic Jihad, Israel, Osservatorio Mashsrek|
We use cookies to ensure that we give you the best experience on our website. If you continue to use this site we will assume that you are happy with it.I Accept