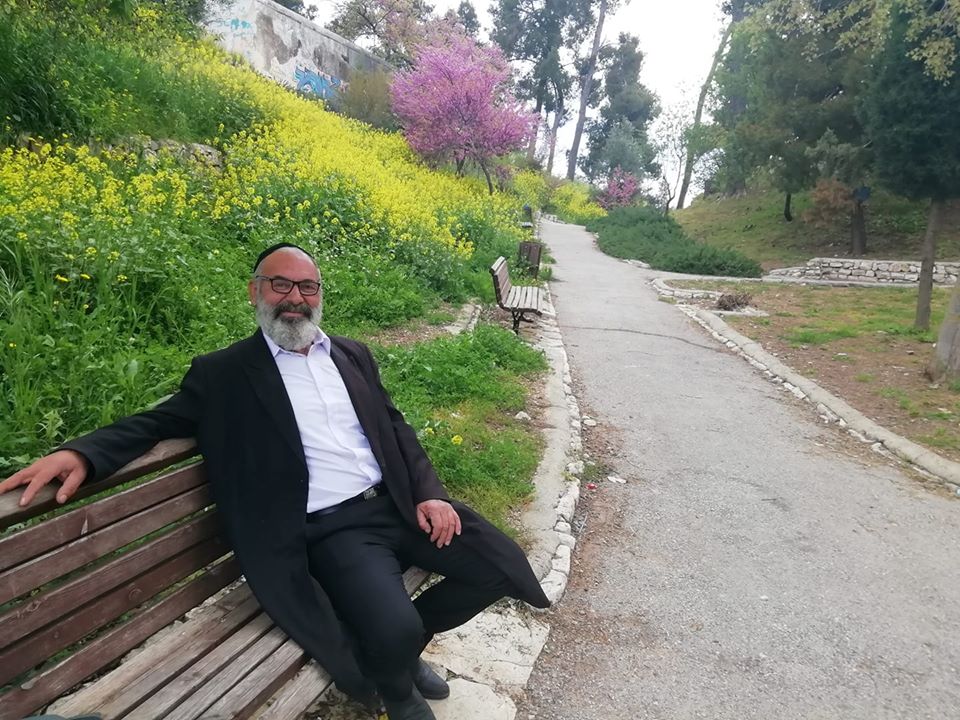 “Here in Israel for many I’m a hero, but I see myself as a normal person. There was a war and I was a soldier.”

(by Nino Orto)When in 1982 the Israeli Army burst into Lebanon Ibrahim Yassin (which eventually change his name in Avraham Sinai) was just a young shepherd with a simple and peaceful existence. He was living in an extremely impoverished part of the Bekaa Valley, in a period characterised by a bloody guerrilla conducted by Yasser Arafat’s militia as well as the increasing radicalisation of the Shia groups which will converge later to form the Hezbollah.

Few months before, the Israeli Defence Force had invaded Lebanon during the Operation Peace for Galilee to stop Palestinian groups, which carried daily attack in Israel from the south and were growing in boldness day by day.

During that time, the situation in the Beeka was quite tense although, according to Mr Sinai, civilians had positive feelings towards the Israeli Army because of its “peaceful behaviour”.

“I didn’t have any reason to help them until they (the IDF) saved my wife’s life rushing her to a hospital in Haifa. After that, Mossad came to me asking for support and information over the Palestinian militias of Arafat and Jibril. It was all so natural to me although my involvement was minimal at that time.”

Unfortunately, in 1985, his friendly approach to Israeli soldiers was noted by the newborn militia of Hezbollah, which takes him into custody and detains him for a year. During this time he was tortured almost regularly, an experience that shook him physically and mentally.

“They beat me for months and threatened to kill my family when they realised I wouldn’t speak. The Hezbollah’s officer then decided to bring my newborn baby and murdered him right in front of me. They also burnt my house and all it was inside. I didn’t break although I was close to doing so because I knew they would killed me instantly” Sinai stated.

After all these months held in captivity the Hezbollah commander decides to trust him: he was released and all the accuses dismissed. From this very moment though, the life of Ibrahim Yassin ended and a new one was about to begin.

“When they freed me in 1986 I was full of rage. Hezbollah had killed my son and destroyed my life. If before I was just favourable to Israel, after what they had done to me, I decided to become a member of Hezbollah and spy for the Mossad.”

A decision that would drove him, for eleven years, in a treacherous journey as a double-agent, during which he provided vital intelligence to foil attacks from Hezbollah against the Israeli soldiers.

“Because I was a shepherd , it was natural to me justify my frequent trips up to the mountains. It was there where I usually met my Israeli contact handling him all the information I had gathered about Hezbollah.”

It was also a spiritual journey as he often asked himself whether what he was doing was right or he was acting like a traitor to his country.

“Many time when I was in the mountain I asked God why I was doing that.”

Nevertheless, in 1997 something suddenly change. The Shia militia didn’t trust him anymore so his life was at risk: time to leave the country.

“The Mossad approached saying that if I wished, I could have moved to Israel with my family. I didn’t ask for that, but I was thrilled because I knew it was just a matter of time before Hezbollah was on me.”

Here the story became shady as most of the details are omitted for matters of national security. However, Sinai describes his exfiltration from Lebanon to Israel as an epic journey that was not only physical but also spiritual.

“We left the house during the night and walked for fifty kilometres towards the border. Then someone, somewhere, picked us up. When I arrived in Israel, I realised that all I have done in my previous years and all my doubts were pointing to this moment.”

Mr Avrahim then converted to Judaism and now live in Sefad as a Rabbi. If you ask him what he misses from the past, he smiles and gives you an enigmatic answer.

“When I was in Lebanon I felt my life wasn’t completely fulfilled, such if something was missing. Since I moved to Israel and converted to Judaism it was like I was returning at home. Everything is where it should stay and makes sense. I’d like to think there was a direction already carved for me by God. A spiritual path that has brought me here.”

And while he looks to the Lebanese mountains at the horizon, the toughest of the questions: do you define yourself a hero or a traitor?

“Here in Israel for many I’m a hero, but I see myself as a normal person. There was a war and I was a soldier.”

By Osservatorio|2019-08-20T14:23:26+00:00April 29th, 2019|Categories: reportage|Tags: Avraham Sinai, Hezbollah, Israel, Nino Orto, The Middle East|
We use cookies to ensure that we give you the best experience on our website. If you continue to use this site we will assume that you are happy with it.I Accept
Go to Top