Interview Firas Fayyad: ‘My documentary has evidence of Assad’s war crimes in Syria’ 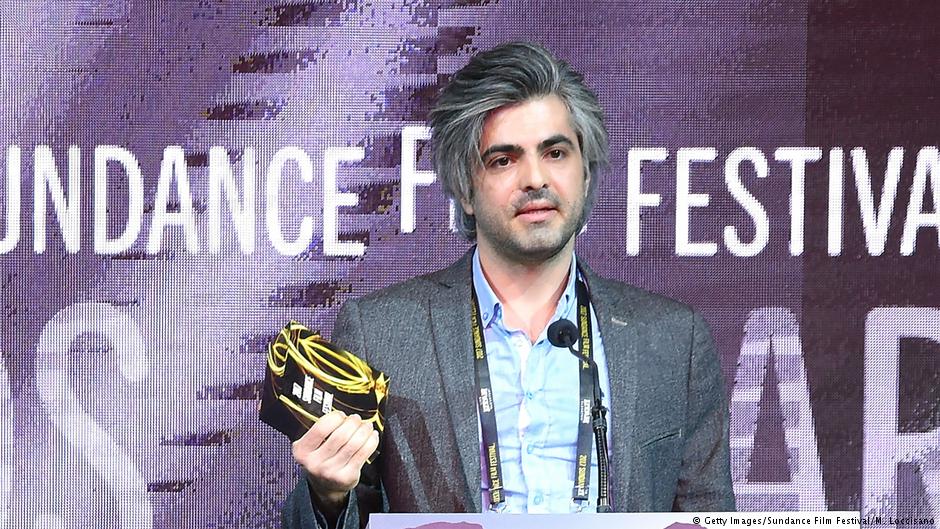 “My position as an artist is to react to this situation and show the world what has happened and what is still happening there from a different perspective.”

(By Nino Orto) “I was arrested in 2011 during the popular uprising against President Bashar al-Assad because I was making a film about freedom of speech in Syria,” says Firas Fayyad.

“I spent three months in jail and then I was arrested again. During my time in prison, many times I was close to death because of the torture. In the months held by security service I saw atrocities with whole families tortured, often in front of their relatives, who were forced to watch.

“Thousands of people suffered because of this, it is something a human being can’t conceive. The torture has deeply impacted me and has left me with a big responsibility to tell the world what is happening in there.”

Fayyad is the director of the documentary Last Men in Aleppo, winner of the jury grand prize for best documentary at the 2017 Sundance Film Festival and nominated for an Oscar in 2018.

In Aleppo, Fayyad describes the life of The White Helmets, a group of Syrian volunteers who rescue civilians in a country destroyed by war and indiscriminate bombing.

“My goal is to show the impact of the war on civilians and the inner conflict inside every human being trapped between the fear of the death and the will to help their community. It is also to describe how deeply divided Syrian society has become between fathers, brothers, friends and their struggle between the choice to leave the country or stay to help.

“What drives a man to risk his life, his family, all he has to save the lives of others? This is the story of the Syrians who decided to stay – although all around them there was nothing but war and violence. People who struggle to protect themselves, their families and are trying to change and improve the situation they live in.”

Last Men in Aleppo is a powerful documentary which shows how civilians live and die in a city under siege and targeted on a daily basis by airstrikes from the Russian and Syrian airforces.

“I decided to tell this story because, as every Syrian, I dream to see peace there. The documentary is also a way to collect evidence of war crimes committed against civilians that can be used to charge those who are responsible for such destruction and loss of life.

“Thanks to Last Men in Aleppo, people around the world are now starting to think about peace in Syria – as they believe the war must be stopped in any way. The international community have an opportunity to get a glimpse of what Syrian men, women and children have had to go through and their experiences, their hopes and dreams.

“When I choose Mahmoud or Khalid I choose them because I knew their background and I knew their feelings represented what most of the Syrian population feel.”

Last Men in Aleppo was also recently screened during the Davos World Economic Forum, unveiling a first-hand view of Syria’s war to world leaders. It demonstrated how inaction was indirectly contributing to destroying the country.

“My position as an artist is to react to this situation and show the world what has happened and what is still happening there from a different perspective.”

Many geopolitical issues risk prolonging the Syrian war for years to come. President Bashar al-Assad and his allies have slowly regained control of huge chunks of the country and there are few options left to the opposition.

“I’m not able to say what will happen in Syria. However, I hope my job will help initiate conversations about how we can address war crimes committed and create space to talk about a future process peace. I do not know if Syria will be divided or will survive as a country, or if President al-Assad will win or lose.

“I do not like to use this word because when there is a war there are never winners. A war is not a match where two sides fight against each other, this is a cliché, because we are talking about a society divided and completely destroyed. No one wins. Everyone loses.

“We have to ask ourselves who is going to control what now, because in addition to President al-Assad, the country is divided into different areas of control between President Putin’s Russia, Iran and Hizballah and there is an ongoing struggle between them for control of the country’s resources. These are huge issues that must be addressed.”

Assad has ceaselessly insisted that he remains the legitimate president of Syria – but after seven years of brutal war, little has changed in his attitude towards his citizens and the way he manages power.

Firas Fayyad’s own story is a window into the life of millions of Syrian refugees stuck in limbo and prevented from returning to their country.

“I don’t think I will be able to go back to Syria and be accepted by the government – first of all, they should show my documentary to other Syrian civilians inside the country. As an artist, my work should be respected, however there are still people in power who use their position to control you and your freedom of expression and define you as a criminal just because you made a film.

“I have Syria in my mind and my heart, in my blood, however, we are human beings as well as citizens. We can have a different country, different brothers, different friends. My friends in Los Angeles and in Copenhagen are now my family. The only chance to come back is when a new government elected by the people and President al-Assad has left the country.”

Original article via The New Arab: Firas Fayyad: ‘My documentary has evidence of Assad’s war crimes in Syria’

By Osservatorio|2018-06-30T19:56:04+00:00June 30th, 2018|Categories: reportage|Tags: Aleppo, Firas Fayad, Last Men in Aleppo, Nino Orto, Osservatorio Mashrek, syria, White Helmets|
We use cookies to ensure that we give you the best experience on our website. If you continue to use this site we will assume that you are happy with it.I Accept
Go to Top