“The Islamic State is a stable entity”: interview with Loretta Napoleoni

“Islamic State has been very skillful in attracting the young Muslims generations. I think that this is related as well to the fact that ISIS is a nationalistic movement, you have the religious message united to this powerful nationalistic message, the realization of Muslims political utopia: the Caliphate“- 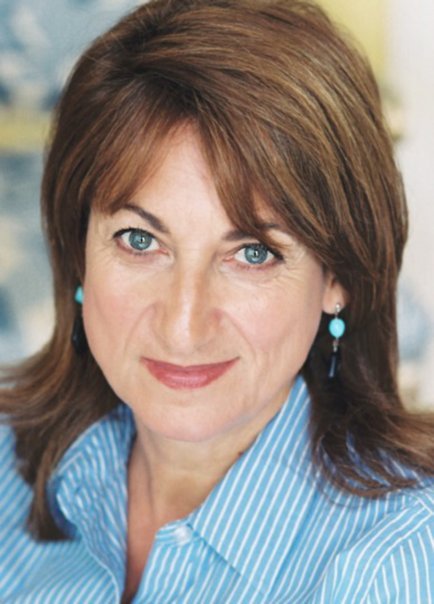 Osservatorio Mashrek exclusive interview with economist and specialist on terrorism Loretta Napoleoni, columnist for Italian newspapers such il Caffe, La Repubblica, and Il Fatto Quotidiano, and author and advisor to several governments and international organisations to create a strategy for combating the financing of terror networks. Napoleoni is also the author a number of books, her most recent is “The Islamist Phoenix:The Islamic State and the Redrawing of the Middle East”. Other publications include: “Terror Incorporated”,”Insurgent Iraq: Al-Zarqawi and the New Generation”, “Terrorism and the Economy: How the War on Terror is Bankrupting the World”. (by Leonida Reitano)

Isis is under attack on his stronghold in Syria Iraq and Libya. In your opinion do this may cause a change of strategy of al-Baghdadi and provoke a wave of attacks of Islamic State militants in Europe or in the USA?

The strategy has already changed. It is true that ISIS is under attack and lost Ramadi, Kobane and could potentially lose Mosul. However what we are seeing is the presence of more and more sympathizers and supporters of ISIS in Damascus, there is a strengthening of ISIS position near Aleppo. What we are seeing is even if ISIS is losing on one front it is gaining on another front. More importantly, it is the presence of Shiite militia and the Iranian revolutionary guard in forward position with the so-called Iraqi army which is only composed of Shiite soldiers. I think that this is strengthening the position of ISIS as the defenders of the Sunni in the region, giving them consensus and allowing them to gain the sympathy of local population centres. As for what is happening in Europe I do not think that the European Front is linked with Abu Bakr al-Baghdadi. I do not think that there is a “plan” to attack Europe because ISIS are “loosing” ground. The European network activated itself spontaneously. Before young Muslim were considering joining the fight in Syria or Iraq,  now they just want to carry on the attacks on the European soil as a symbol to show their solidarity. For such reasons the “European network” will probably get stronger independently from what is happening in the Middle East.

This means that to prevent terrorism act will be much more difficult than the past as there is not chain of command or organization to investigate?

Exactly, it is a spontaneous phenomenon, so nobody really controls it. Lone wolf terrorism is really hard to prevent or to detect.

Some analysts say the ISIS is a stable entity difficult to dismantle, especially because take advantage of the major geopolitical fractures between the various actors in the region. What do you think about that?

Yes of-course ISIS is a political and stable entity. The simple fact that the Islamists succeeded in creating an enclave big enough to reshape other the Syrian and Iraqi borders, means that ISIS is a political entity and which is there to stay. Borders may change, they can lose or gain ground but the ISIS is there. I think the sooner we recognise this fact, the sooner we may start negotiations with them. All these are tough steps as the situation is too premature as I don’t see any politician able or willing to do negotiate.

We are seeing how the operating model of the Islamic State, in contrast to the more “military” model of al-Qaeda, is based more ‘on the “brand” of the nationalistic and religious goals and the exploitation of the “existential” anger among young Muslims in the West. Are we witnessing a qualitative leap in the jihadist rhetoric and the danger of a permanent war within Europe?

Of-course ISIS has been very skilful in attracting younger Muslims generation. I think that this is related to the fact that ISIS is a nationalistic movement, you have the the religious message united to this powerful pan-Islamic message, the realisation of a political utopia: the Caliphate. This is something the Muslim world has tried to achieve for generations. The simple idea of being able to build a new nation is incredibly appealing for a young Muslim living in Europe. What are your expectations in terms of, jobs, careers seems weak in comparison of ISIS’s promises. The idea to go and fight, to be the founding father and the founding mother of a new nation is an amazing opportunity for them. This is something we do not understand because we look at them through the lens of political violence and not the lens of political ideology and perspective. The nationalistic element, also explains why well educated women that grow up in the west want to leave everything they got including their freedom, to go to Raqqa and marry a jihadist. Because they will be the founding mothers of this new nation, so their social status, in their mind, will be higher of everything they can achieve in Western society.

So Isis message is quite similar to the appeal of the Marxists ideology that rose in the sixties and in the seventies in Europe and in the western world. A strong idealogical message that was able to affect even the segments of most educated people?

Yes for ISIS religion became an ideology because of this nationalist element. Al-Qaeda lacked this, and also Al-Qaeda planned to destroy America, a notion which was absurd and infeasible. ISIS’s plan is a feasible plan, because the territory they want to control is relatively small so it is easier for them to reach their goals.

Do you think that ISIS is a puppet state created by Saudi Arabia as a tool for his proxy war against Iran and Shia world?

After the failed coup in Turkey what do you think will be the most probable scenario in the fight against the Islamic State and in the control of the refugees crisis?

Turkey has been destabilised. So what we face now is an even bigger problem as the failed coup has given Erdogan the power to establish a regime and to Islamize even more of the country. The secular forces are likely to be crushed among other forces. The consequences for Europe will be even more serious than the ones coming from Syrian conflict. Erdogan controls the flow of refugees. As such Europe can do very little to stop him. All of this confirms the weakness of Europe, the absence of a unified European foreign policy and that the refugees crisis is the climax of European failures in the contemporary Middle Eastern crisis. I think history will judge Europe in a very negative way and I also think that Europe will pay the consequences for these mistakes.

(by Leonida Reitano) Osservatorio Mashrek exclusive interview with economist and specialist on terrorism Loretta Napoleoni.She is a columnist for Italian newspapers such il Caffe, La Repubblica, and Il Fatto Quotidiano, and author and advisor to several governments and international organisations to create a strategy for combating the financing of terror networks.

The Arabian Winter: ISIS, al-Qa’ida and the Middle Eastern Wars

The Arabian Winter: ISIS, al-Qa'ida and the Middle Eastern Wars

Chilcot Report: A timely reminder for a change in British policy