Tunisia: Living up to the Nobel Peace Prize

Tunisia: Living up to the Nobel Peace Prize 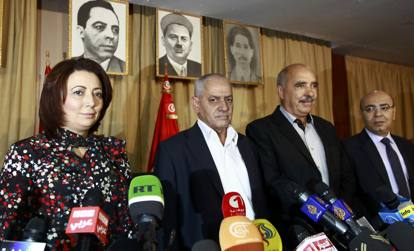 (Alaya Allani) The Nobel Peace Prize for 2015 was awarded to the Tunisian National Dialogue Quartet for several reasons. First and foremost was the exceptional role played by this quartet, comprised of the Tunisian General Labour Union, the Tunisian Union of Industry, Trade and Handicrafts, the Tunisian Human Rights League and the Tunisian Bar Association in saving the democratic experiment in Tunisia from an almost certain death.

Second, the Tunisian people at large succeeded in overcoming their divisions by adopting a consensual constitution and successfully holding transparent elections according to international standards.

The state institutions and the democratic opposition successfully withstood vicious attempts to turn the country into another Somalia. The Tunisian National Dialogue Quartet was indicative of the role played by Tunisian civil society, which proved to be much stronger than that of the political parties.

We have to remember that the Quartet was established in 2013 to prevent Islamists, represented at the time by the main Islamist party, Ennahda Movement, from overrunning the power structure in the country. The Quartet was successful in imposing new rules for the political game in Tunisia, starting with the formation of a government composed essentially of technocrats and entrusted with the mission of organising free and transparent elections.

At the time, the Ennahda Movement was adamantly opposed to the Quartet’s initiative but quickly changed positions and accepted it following the fall of the Islamist president Muhammad Morsi and his government in Egypt. The political establishment and the wider civil society expected the Islamist movement to carry out profound reforms in its ideology and political orientations. However, there have been no profound changes in the ideology of the Islamists despite the apparent changes in the political discourse.

The Tunisian National Dialogue Quartet did the right thing when it intervened in the country’s political scene and thus averted a looming civil war amid an increase in terrorist activity. The Quartet can claim the credit for convincing the Islamists to relinquish power in favour of a government of independent technocrats. It was the first of a series of daring initiatives that led the country to a peaceful and democratic transfer of power and thus fully deserving the Nobel Peace Prize. We should not think that the Quartet’s mission has been accomplished. On the contrary, the Quartet continues to have a role to play as long as there continue to be political parties that exploit religion for political purposes.

What is also needed today is not just for Tunisia to live up to the prestige of this valuable prize but also for the country to concretely translate its significance into real acts. This can be done through several courses of action. First, peace and security must be maintained, which will give the Tunisian government the necessary conditions to deal deliberately and in a reasoned manner with the aftermath political assassinations and assassination attempts witnessed recently.

Second, the country must go back to working diligently. Productivity must improve in all areas of the economy so that the world knows that, since its inception, this generous Tunisian land is capable of becoming a regional beacon of hope and change for the better.

Third, foundations for a new consensual approach in politics must be laid. All political actions and initiatives must draw their legitimacy from the constants in the constitution, particularly the preservation of the modern progressive character of the Tunisian society. Upholding such a societal model constitutes an impenetrable rampart against the return of extremism and terrorism.

Fourth, both liberal and leftist tendencies in Tunisia must adopt a more pragmatist and less ideological approach to the country’s numerous problems. The liberal democrats must adopt a more realistic and pragmatic approach by really being present in the field and listening to the real concerns of average citizens and by enacting fairer tax reforms.

On the other hand, the leftists must update their traditional political discourse, relinquish the concept of the welfare state and put forward realistic and convincing alternatives capable of striking the difficult balance between income growth and more employment opportunities.

Lastly, Tunisia must capitalise on its being in the international spotlight once again to attract more investments and more tourists. A serious marketing plan around the Nobel Peace Prize must be worked out.

(Alaya Allani is a professor of contemporary history at the Monouba University in Tunis and a specialist on Islamist movements. Article originally posted on http://www.thearabweekly.com/?id=2527 )