Defense Secretary Ash Carter and one of his senior commanders offered some details about the role of the 560 additional U.S. troops the Defense Department announced yesterday will deploy to Iraq to support Iraqi forces combating the Islamic State of Iraq and the Levant. 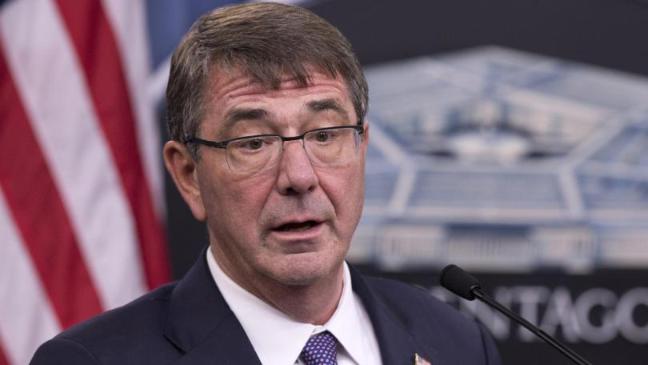 (by Osservatorio Mashrek) Defense Secretary Ash Carter and one of his senior commanders offered some details about the role of the 560 additional U.S. troops the Defense Department announced yesterday will deploy to Iraq to support Iraqi forces combating the Islamic State of Iraq and the Levant.
Carter spoke yesterday in Baghdad to reporters traveling with him. The commander of Combined Joint Task Force Operation Inherent Resolve, Army Lt. Gen. Sean MacFarland, joined Carter for the news briefing.
MacFarland told reporters the troops will serve a support role, “to help expand the base at Qayyarah West airfield into a node that can support the Iraqi security forces as they move forward with the Mosul operation.” He added that some of the troops will help provide “a security envelope” for the force.
Carter noted the airfield is one of two objectives — the other being the town of Makhmur in Erbil province — “that we set some months ago as places from which the Iraqi security forces would position themselves for the southernmost envelopment of Mosul.”
He added, “The whole idea is to envelop Mosul from the north and the south, and then collapse ISIL’s control over it, as has been done in other cities — Hit, Rutbah, Fallujah, Ramadi, and so forth.”
Achieving ‘Important Results’
Carter said Iraqi forces have achieved important results against ISIL, aided by the U.S.-led coalition. “It’s essential that this work continue. It’s not done yet. We still have important work to do here in Iraq and also in Syria,” he said.
The secretary noted that “as we expel ISIL from the major urban areas of Iraq, which the Iraqi security forces with our help are in the process of doing, there will … need to be a larger effort to secure the country.”
In discussions with Iraqi Prime Minister Haider al Abadi, Carter said, the two leaders also discussed possible support from U.S. intelligence and for countering improvised explosive devices for Baghdad, where ISIL has mounted deadly attacks in recent weeks.
Taking Control Away From ISIL
MacFarland emphasized that ISIL’s territorial losses are affecting the group’s ability to mount organized attacks.
“As the enemy loses control over some of these key support nodes, like Manbij [in Syria], and eventually Raqqah and Mosul, they lose a base of operations,” the general said. “They lose finances. They lose the ability to plan, to create the fake documentation that they need to get around the world.
“And they lose financial resources,” he added. “So we don’t know how many acts of terror that we’ve disrupted or prevented so far. It’s impossible to know or to prove. But you have to believe that as we continue to deny the enemy the ability — or a safe haven where they can plan and prepare for these operations — it will eventually support the larger campaign against terror around the world.”
MacFarland said that ISIL is an adaptive enemy that requires an adaptive offense.
“The best defense is a good offense,” the general said. “And by continuing to put pressure on the enemy in places like Raqqah, Mosul [and] Manbij, it does prevent the enemy from really hatching a lot of these types of plots. But we are starting to put pressure on the enemy’s … terror networks, threat networks that are around the capital, and we will continue to ramp that up over time.”
Carter said he and other military leaders will continue to look for ways to accelerate the campaign against ISIL in Syria and Iraq, “consistent with our overall strategic approach, which is to achieve a lasting defeat which means working with capable, motivated local forces that can hold territory and govern territory after ISIL is expelled from it.”
The secretary added, “We will defeat ISIL, I don’t have any doubt about that. But as and when [MacFarland] determines that there are additional capabilities that he needs, again in the enabler role, we will provide them. I will ask the president for them and I have every expectation he will give them.”
‘Getting the Contributions We Need’
MacFarland noted that coordination with the Iraqi government is key to the coalition’s efforts. “Whenever we look for an additional capability to bring into the country, we do that in consultation with the government of Iraq. And that’s an important part of the process. And so far, we’ve had absolutely no issues with getting the approvals that we require,” he said.
“Our coalition partners are also increasing their capabilities here right along with us,” the general continued. “And it’s not just the United States. There is a large coalition and more and more we’re getting the contributions that we need from our partners who, by the way, are decreasing the number of U.S. troops that need to deploy as well.”
MacFarland said the deployment announced yesterday will not put U.S. forces “any closer to the enemy than we’ve been anywhere else.”
“But we need to move to this place so that we can be as close to the fighting as we have been in the Euphrates River Valley fights,” he said.
(by Osservatorio Mashrek) Defense Secretary Ash Carter and one of his senior commanders offered some details about the role of the 560 additional U.S. troops the Defense Department announced yesterday will deploy to Iraq to support Iraqi forces combating the Islamic State of Iraq and the Levant.

Chilcot Report: A timely reminder for a change in British policy

“The Islamic State is a stable entity”: interview with Loretta Napoleoni