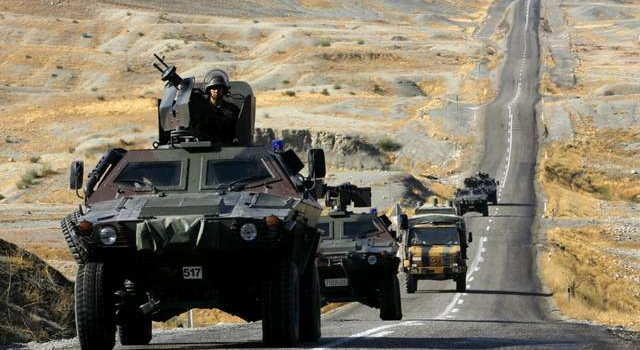 (By Osservatorio Mashrek) Turkish President Recep Tayyip Erdogan revealed on Sunday that the battle to push the Islamic State out of their stronghold of Mosul will commence on October 19. “It is said that the battle for Mosul against IS will kick off on October 19 and that we all have to be prepared for this event” Erdogan said in a meeting with Turkish community figures based in the United States.

Halgurd Hikmat, media officer for the Peshmerga ministry, told Rudaw English that he could not confirm publicly the date for the launch of the Mosul offensive for security reasons. He also said that the timing for commencing the military operation has been discussed in President Masoud Barzani’s meetings with Iraqi and American officials but will not be made public, even if a firm date has been agreed upon. The Turkish president, in the United States to attend meetings of the United Nations General Assembly in New York, reportedly hailed an agreement between Baghdad and Erbil concerning Mosul liberation operations, describing it as crucial to reaching the goal of defeating ISIS in Nineveh Province and finally routing the terrorist group from Iraq.

Last December, Turkey boosted its troop numbers at the camp sparking a diplomatic confrontation with Baghdad who asserted that the Turkish troops were in the country without Baghdad’s permission or knowledge. Turkey maintained that the troops were necessary to protect their training mission at the camp. However, Iraqi Prime Minister Haider al-Abadi said that the presence of Turkish forces in Iraq “hinders our efforts to liberate Mosul” from ISIS and called on the international community to demand Turkey withdraw its forces in a speech to world leaders at the United Nations General Assembly on Thursday.

This is one of the grimmest ironies of war in Iraq: the advance of ISIS two years ago terrified foreign governments, but the steady retreat of the same jihadist group now makes diplomats nervous about what’s next. In fact, Kurdish politician Siru Qadir revealed on Tuesday that Massoud Barzani has proposed a solution for Mosul’s post-Islamic State stage, as Asharq Al-Awsat reported.

Barzani’s solution, according to the Kurdish politician, lies in dividing the province into three new separate provinces and holding a referendum in which the citizens decide whether they want to join the region or not. Qadir also said that during his last visit to Baghdad Kurdistan Prime Minister Nechirvan Barzani told Iraqi Prime Ministers and the other Iraqi parties that the solution for problems between Kurdistan and Iraq lies in dividing the region from Iraq.

Moreover, Qadir told Asharq Al-Awsat that a new stage will start after liberating Mosul from IS. “This stage” according to Qadir, “is considered a dangerous one if there was no prior plan, and Masoud Barzani is stressing on the necessity of providing a plan for post-IS in Mosul since the region cannot return as it was and be threatened by those extremists”.

Therefore, Peshmerga forces “will not withdraw from the regions they liberated until these regions are put within an administrative framework and their fate is determined” Qadir added: “In the meantime, Mosul’s problem has become Iraq’s problem as the only problem remaining for Kurds is in Mosul.”

A Sunni-Shi’ite sectarian war is expected to be waged in Mosul too with the presence of Sunni forces, IS militants group and the arrival of Popular Mobilization militias to the province. And, of course, Turkey.

All these pave a way for religious and sectarian conflicts to occur if no prior plan was put to control it and prevent any sectarian bloodshed, Qadir said.

The Kurdish politician further explained that Barzani’s proposal indicates that Mosul should be divided into three separate provinces, each given to Shi’ite Muslims, Sunnis and Kurds. This proposal is considered the best solution for Nineveh’s current problem, he said.

Waiting for the next Turkish move.

(By Osservatorio Mashrek)Turkish President Recep Tayyip Erdogan revealed on Sunday that the battle to push the Islamic State out of their stronghold of Mosul will commence on October 19. “It is said that the battle for Mosul against IS will kick off on October 19 and that we all have to be prepared for this event” Erdogan said in a meeting with Turkish community figures based in the United States.

The Islamic State conflict: Why the Caliphate will survive in Iraq